Pelleted seed – Pelleting improves the shape, size, and uniformity or raw seeds for more accurate sowing by hand and precision-sowing by machine. The pellets are made of inert materials which dissolve as they absorb moisture, allowing immediate access to oxygen for fast, uniform seedling emergence. Pellets are often used as vehicles for seed treatments, such as fungicides or pesticides. Conventional pelleting is not NOP-compliant (approved for organic gardening); new pelleting material that is NOP-compliant is beginning to emerge.

Pelleted seeds perform best with consistent soil moisture; avoid conditions that are too moist or too dry. While pelleted seed offers many advantages, the process also shortens the shelf life of the seed. Seed should be stored in a cool, dark, dry place. If you prefer to store your seeds in the refrigerator, this may be too humid for pelleted seed, so be sure to place the seed in an air-tight container prior to refrigeration.

Open pollinated seed- Open pollinated (OP) plants are varieties that grow true from seed This means they are capable of producing seeds from this season’s plants, which will produce seedlings that will be just like the parent plant. However some plants will naturally be cross pollinated with other plants, so even if it is OP, the seeds resulting from a cross pollination could yield a different plant. Peppers will cross pollinate with other plants and if your sweet peppers are too close to your hot peppers, you will eventually wind up with a lot of hot peppers.

Hybrid seed – Hybrids are developed by the long, slow process of traditional plant breeding, which relies on natural reproductive methods. Hybrids are crosses between two or more parents with different desirable traits. Pollen from on parent plant is transferred to the flowers of the other parent plant; the seeds produced from the parent plant are designated as F1 hybrid seeds. The seed companies have to repeat this exact same cross every year to produce F1 hybrid seed. Plants that are grown from hybrid seed will not produce seed that is true to type due to cross pollination that occurs during the growing season.  Some hybrid plants, such as triploid marigolds, are sterile and will produce no seed at all.

Genetically engineered (genetically modified) seed – Genetically engineered plants are made by deactivating certain genes, thereby affecting the proteins made by the plant. In 1994, the first genetically modified tomato plant, called Flavor Savr, was produced by deactivating the gene that controls production of an enzyme called polygalacturonase, which is responsible for fruit softening. The tomatoes could now be left to ripen in the vine and still have a longer shelf life.

Untreated seed – Seed is clean and has not been treated using any chemical, biological, or physical method

Treated seed – Seed has been treated in an appropriate manner to protect it from specific seed- or soil-borne pathogens and thus improve its performance. The treatment may be hot water, chemical, or biological, depending on the pathogen involved. Treatment is applied under controlled conditions, in a commonly recognized fashion, at the manufacturer’s recommended rate.

Filmcoated seed –Seed has been coated with an inert, food-grade material for easier handling and flowability. When treated seed is filmcoated, the filmcoat helps any treatment that may be applied adhere to the seed.

Primed seed – Seed has been primed for easier germination, through a physical processes like steam treatment or through chemical treatment.

Detailed seed – Fibrous “tails” have been removed from seeds for easier handling and flowability.

Organic seed –Seed is clean and untreated, and it was grown under Certified Organic conditions. 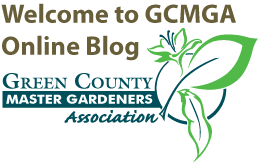